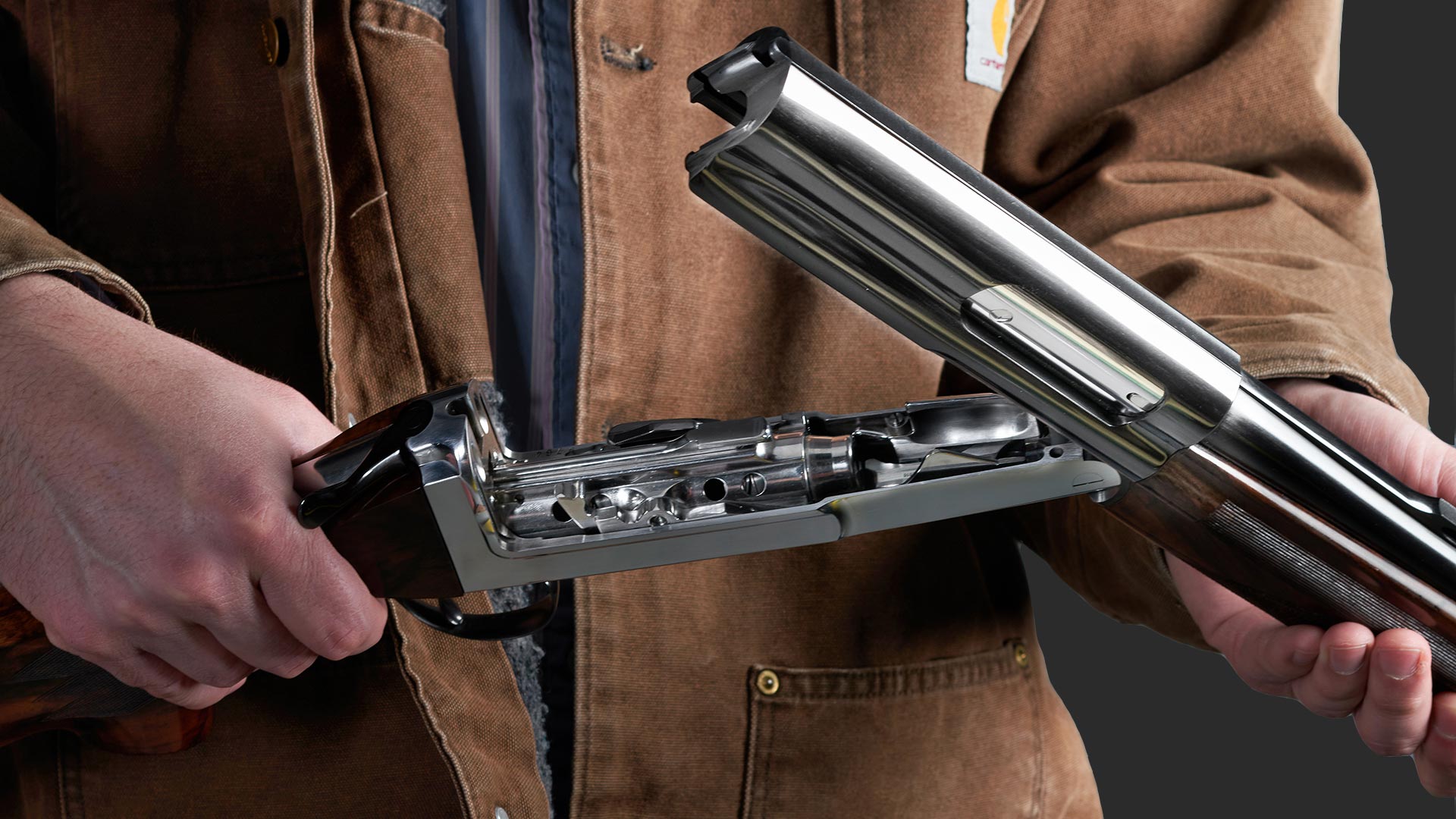 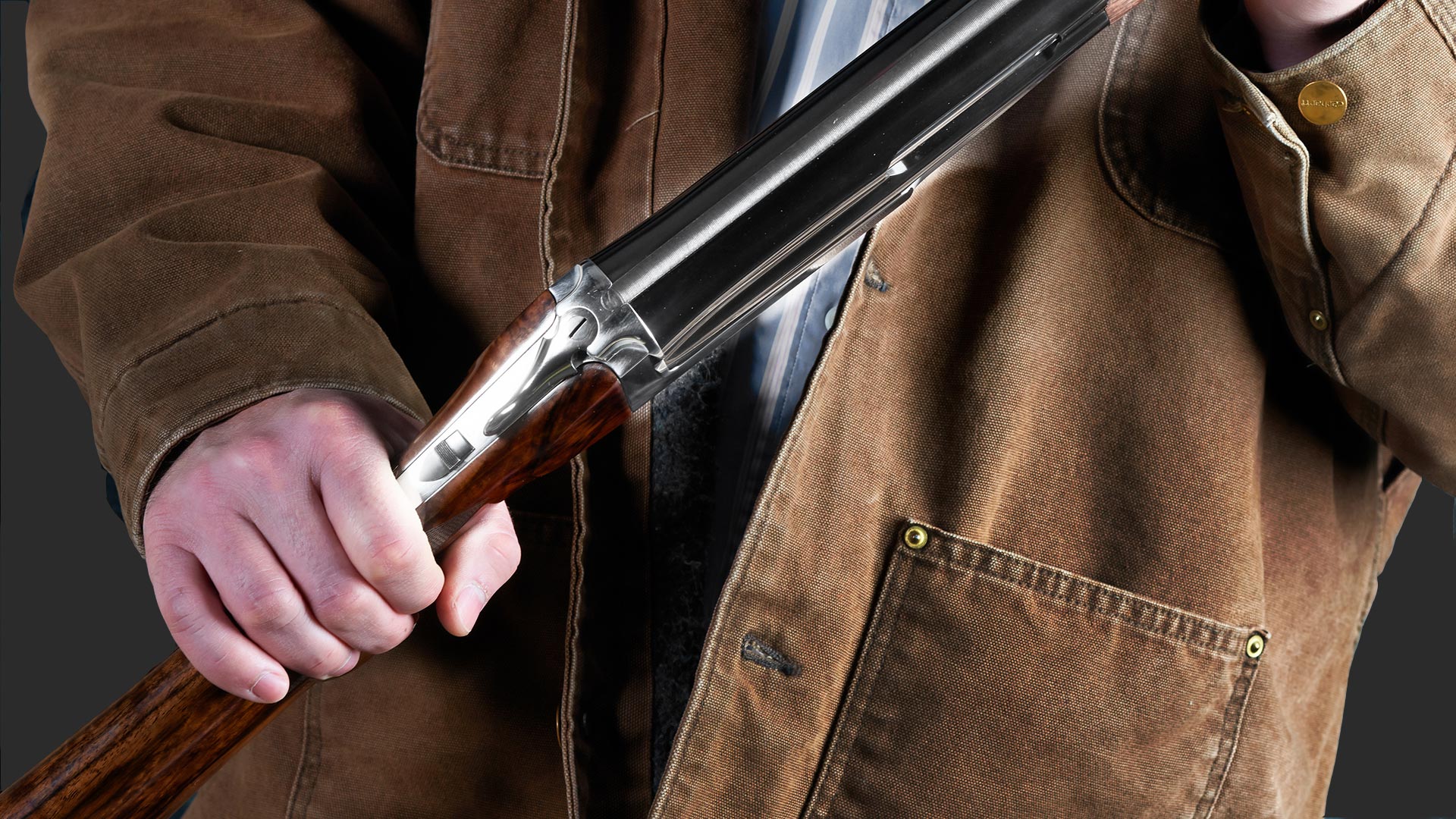 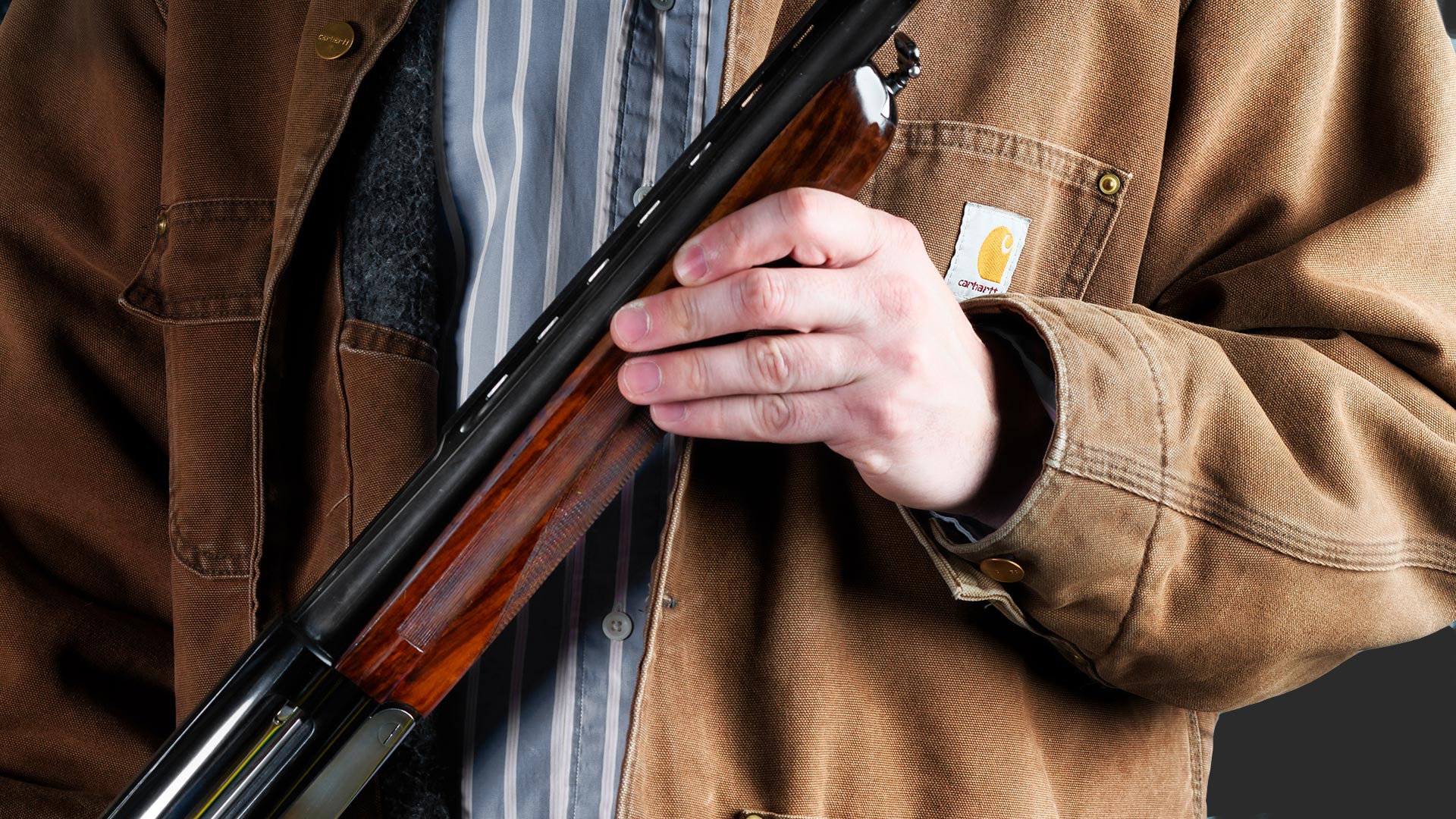 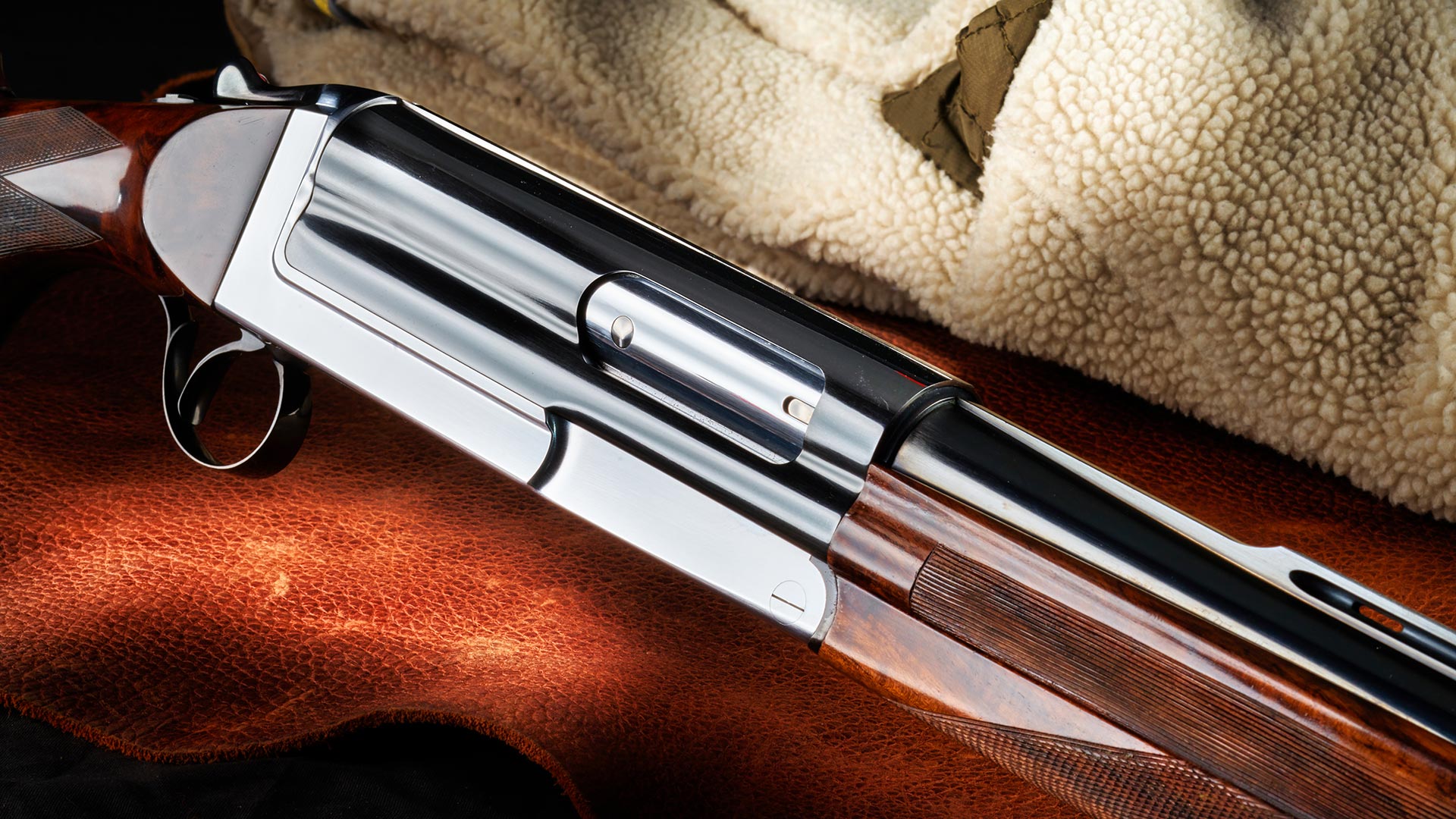 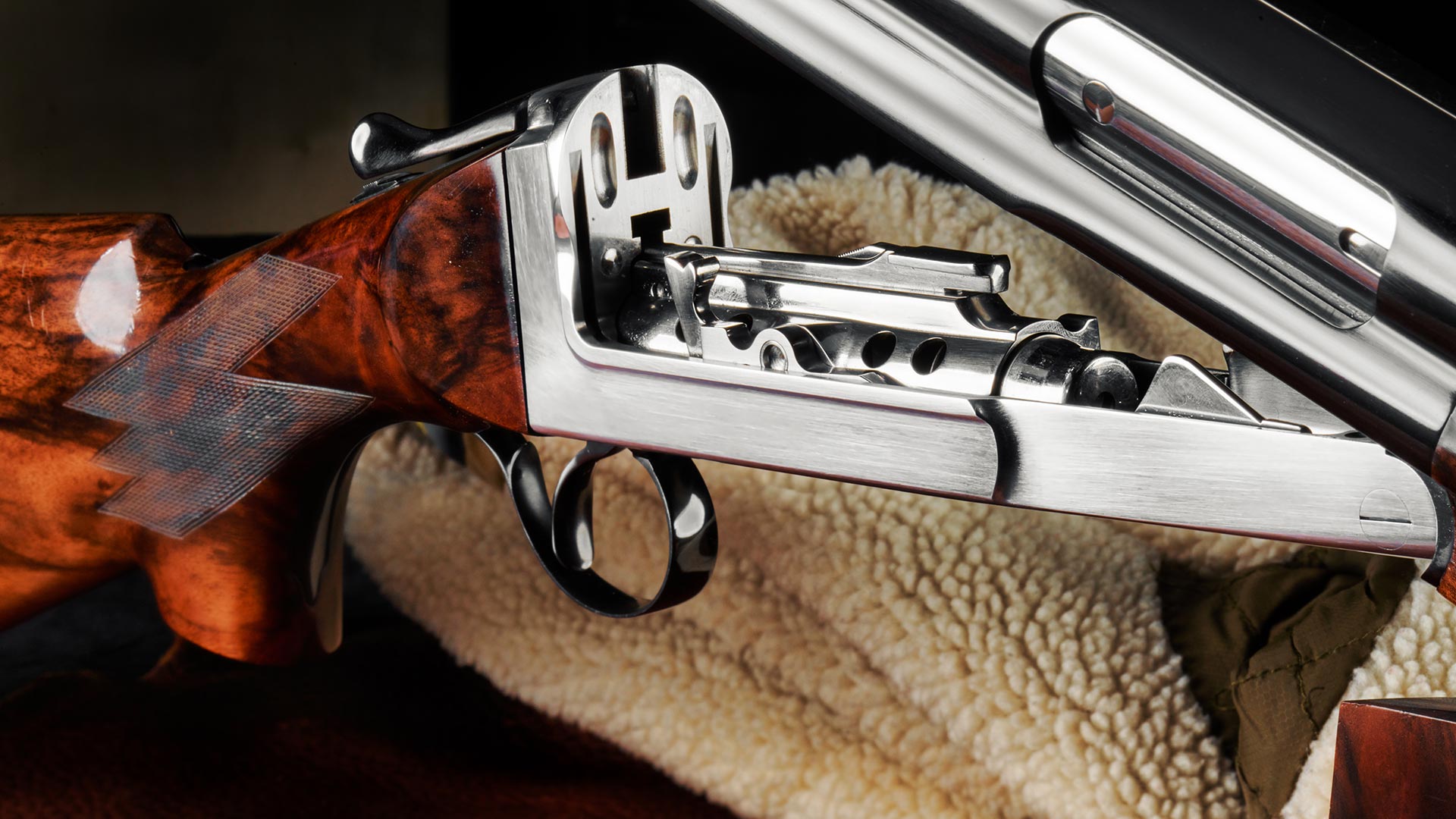 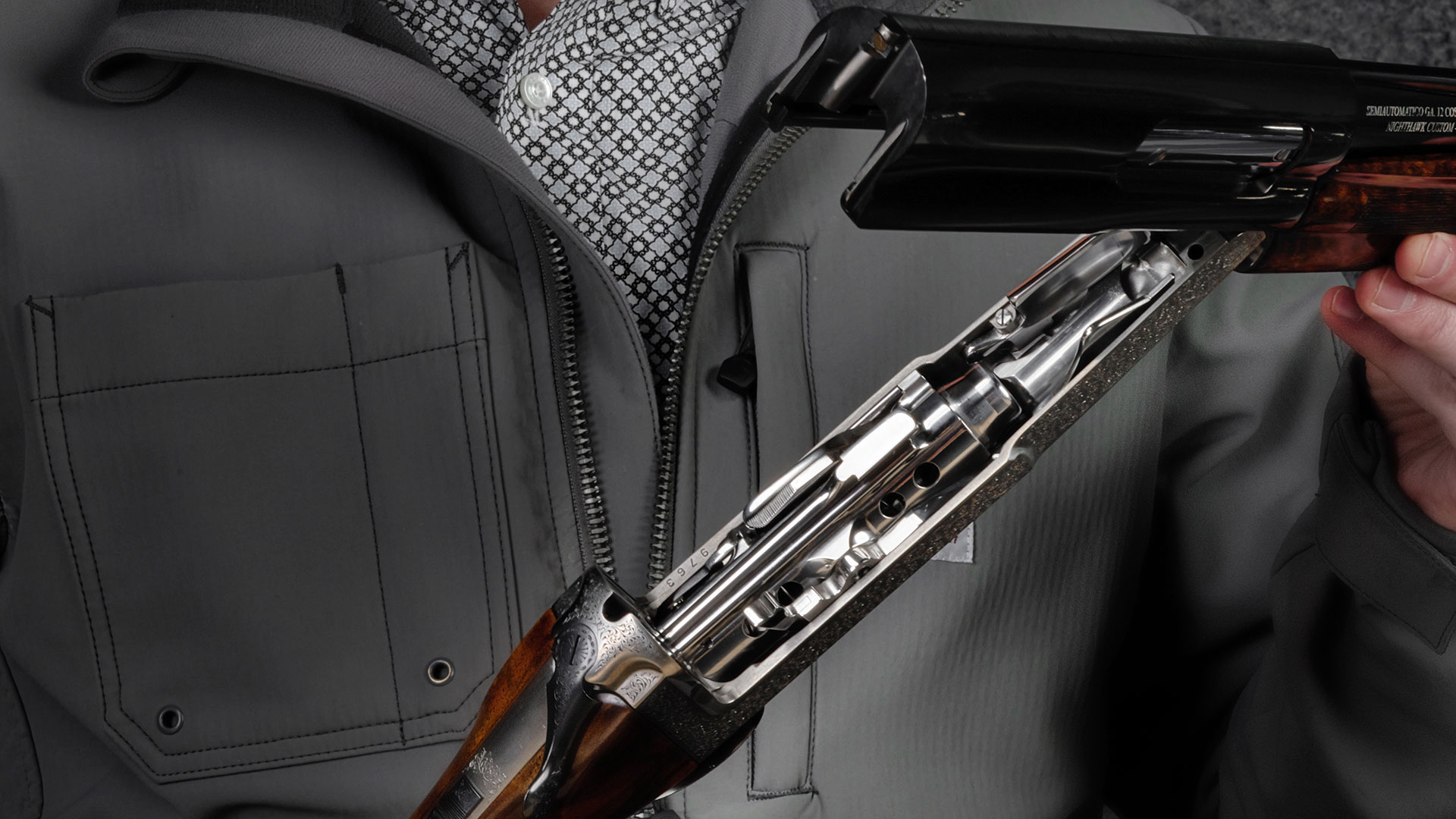 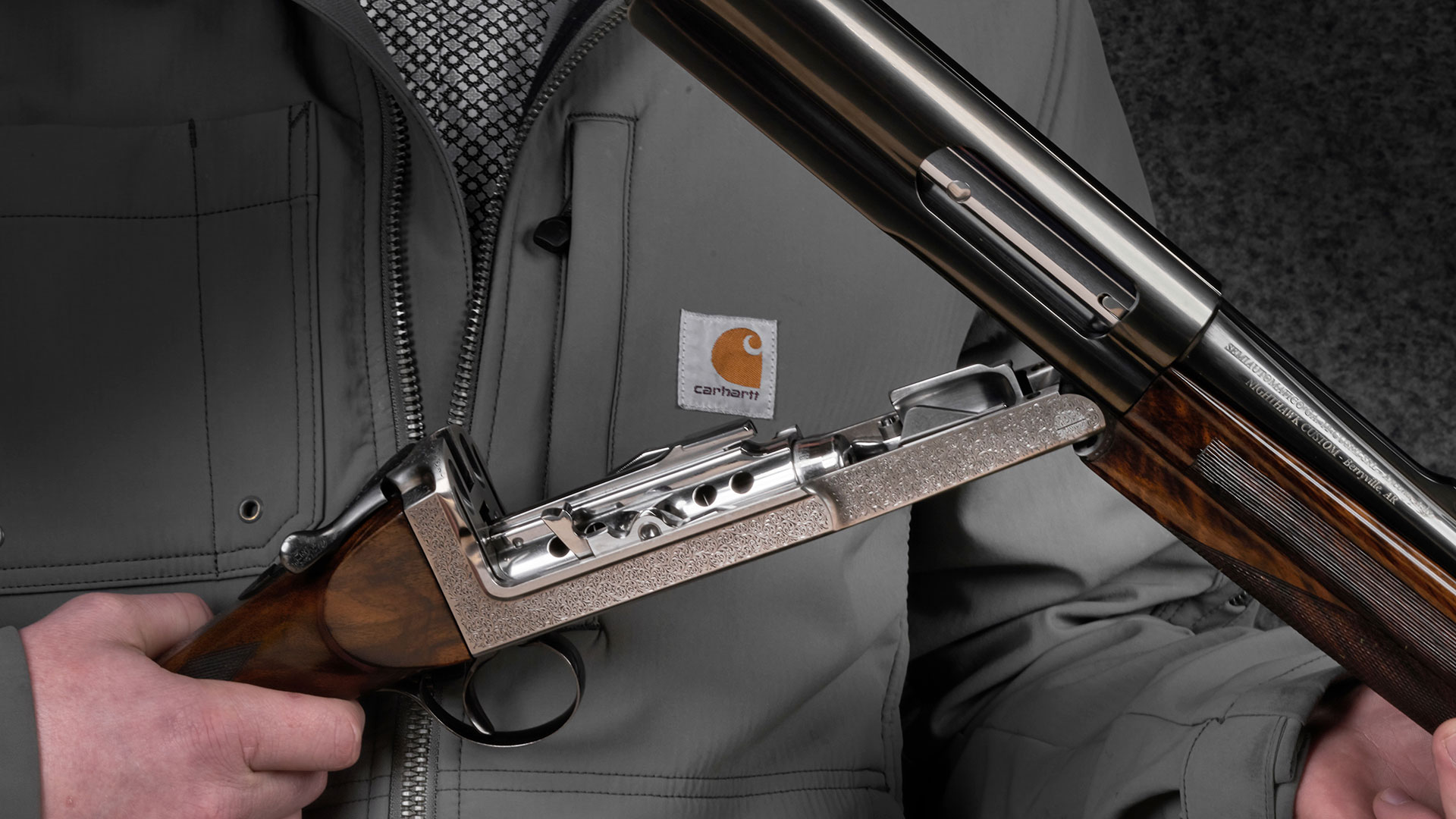 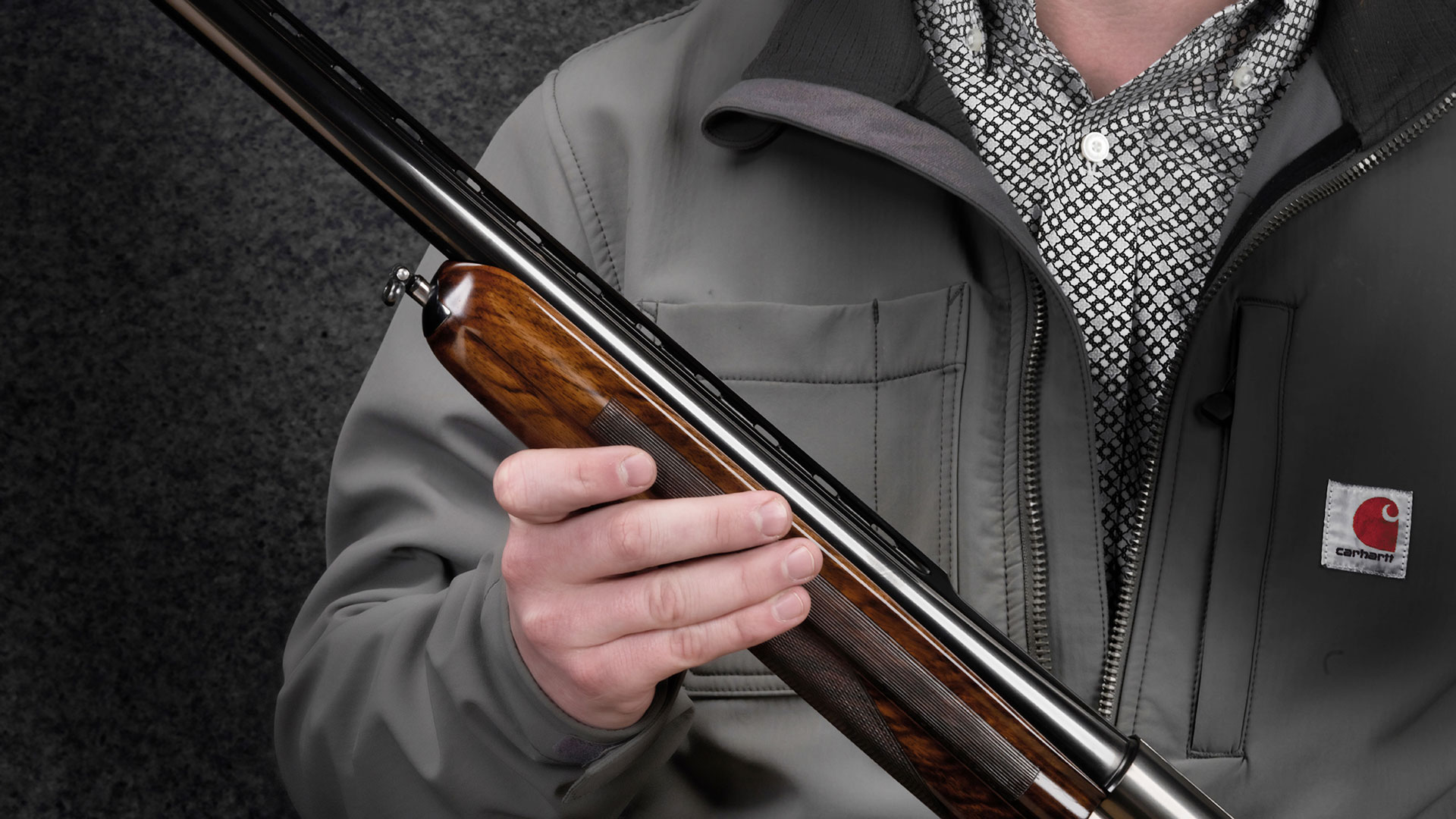 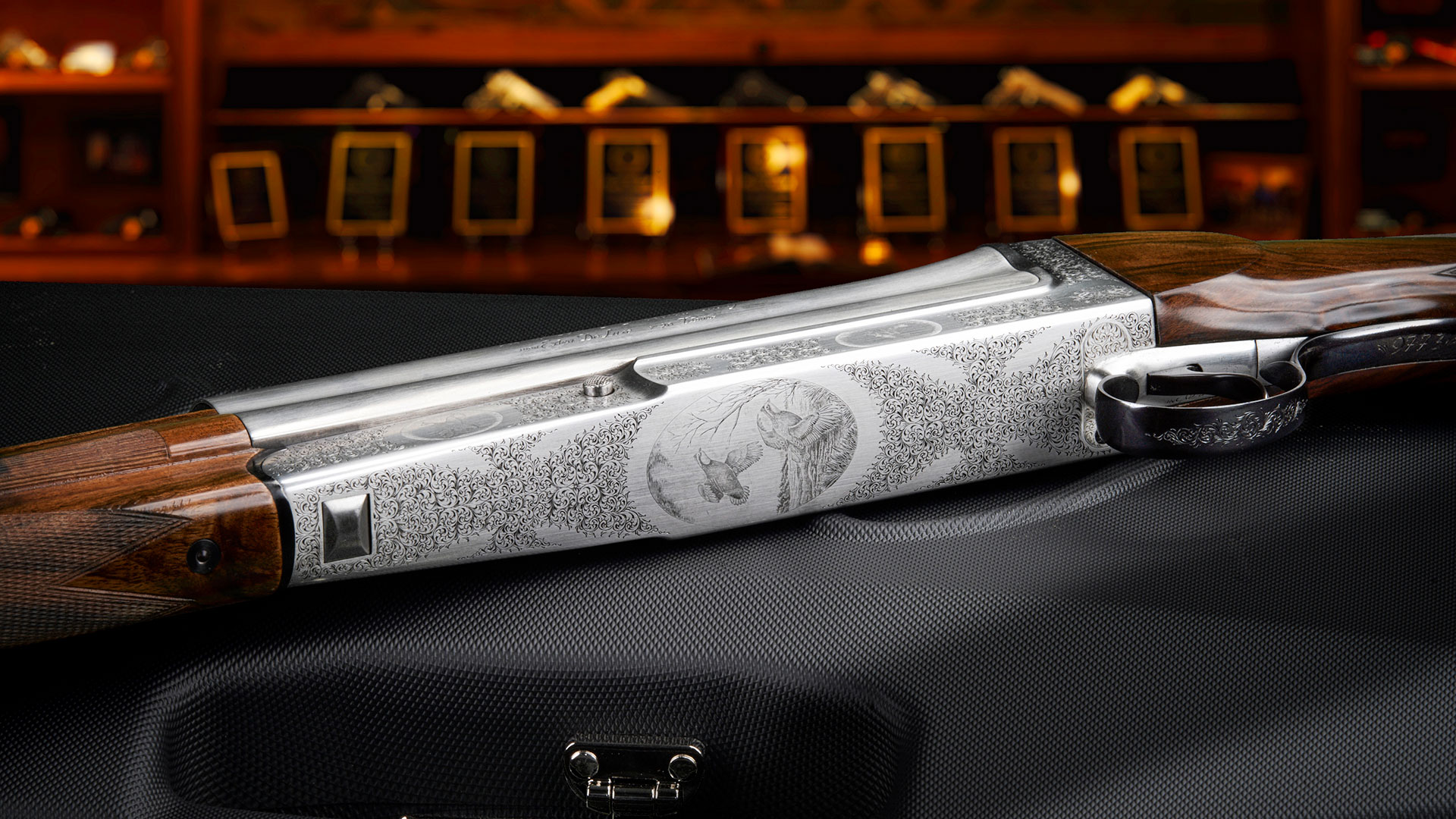 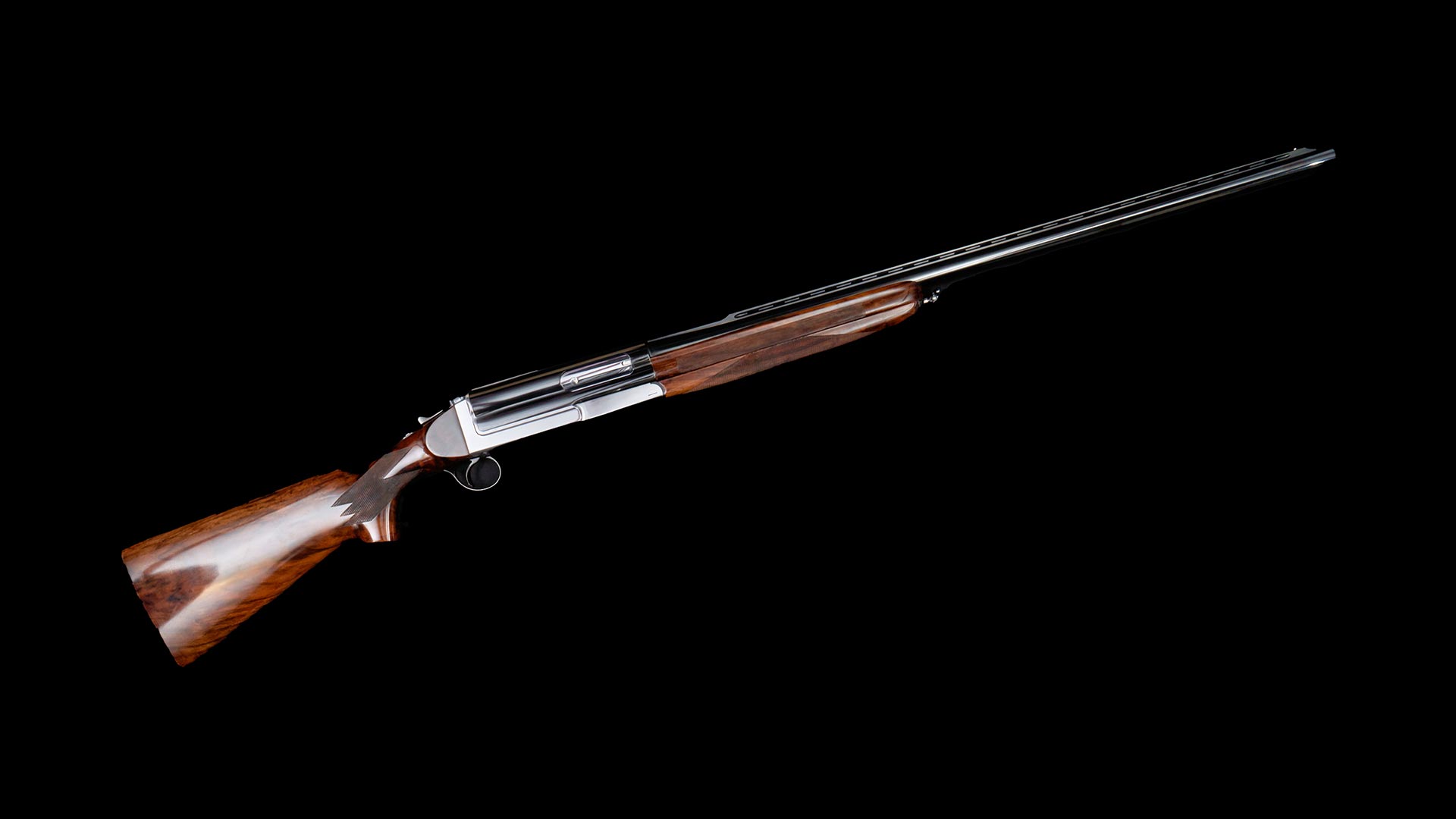 Our latest partnership is with the remarkable Cosmi SRL shotguns of Ancona, Italy. Nighthawk Custom is proud to announce that we are now the exclusive importer of all Cosmi shotguns in the United States. Cosmi builds the world’s finest and most advanced luxury semi-automatic shotguns. Italian design at its best, each Cosmi contains over 100 hand-fit parts. The unique and ingenious magazine tube runs down into the stock, creating the ultimate shotgun design. These pieces of art are the most exclusive and bespoke shotguns that are built. 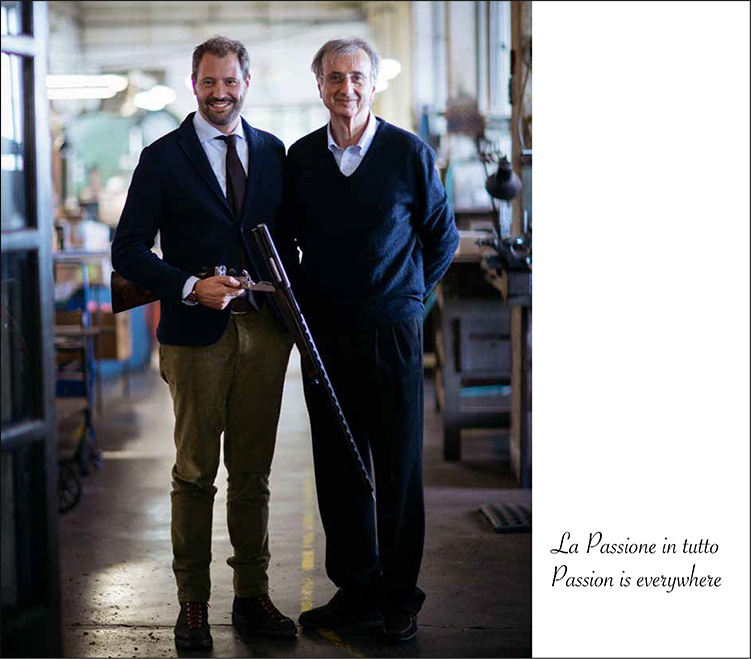 "I am now a very proud owner of a COSMI (titanium alloy version) shotgun. The mechanics of this world-class firearm are mind-blowing, as is the accuracy and overall functionality. The custom engraving is world-class and really complements the unique nature of this one-of-a-kind, high-end shotgun. It’s definitely a conversation piece among both the enthusiastic and even perhaps less passionate hunters and firearm owners. It will be a family heirloom to be enjoyed by many generations of my family. As a collector, I can honestly say that there is truly nothing like a COSMI and it was most certainly worth the wait.

At a time when corporate apathy seems to be the norm, Nighthawk Corp is most certainly the exception. There are many facets that go into ordering a COSMI and my representative at Nighthawk, Chase Gott, guided me diligently, every step of the way. From pricing to engraving to spring tension and picking the right materials that best suited my needs, Chase was extremely knowledgeable and assisted me with building (every COSMI is hand-made) what I have come to realize is now the highlight of my firearm collection. There were others at Nighthawk that assisted along the way as well – including their hands-on CEO, Mark Stone and VP of Sales & Marketing, Mickey Shields. Can’t say enough about Nighthawk from both an attention-to-detail and a truly old-fashioned customer service standpoint.

A COSMI shotgun is far more than just a high-end firearm – it is a masterpiece of art, which will be a legacy in my family for years’ to come." 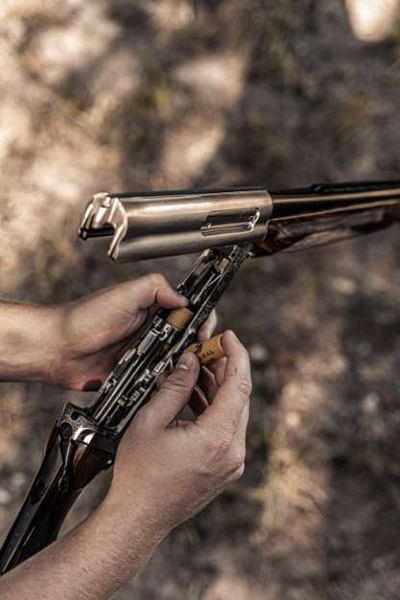 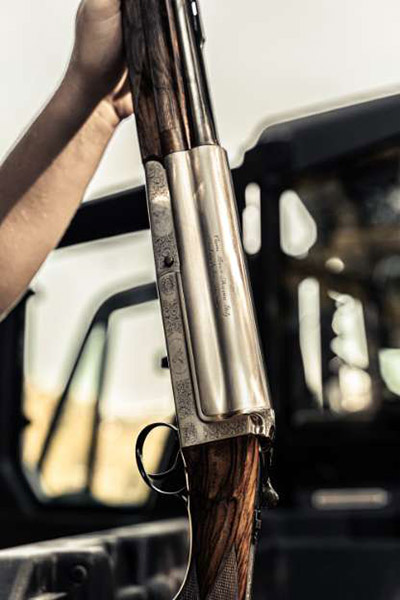 Rodolfo Cosmi was born in Macerata Feltria (Montefeltro), the birthplace of artists like Raphael, in 1873. A humble, but clever carpenter and a passionate hunter, he decided to build himself a shotgun using an umbrella rod to save on money. His work proved so successful that approximately in 1890 he started a small production of shotguns with parallel barrels to satisfy the requests of his friends, who were enthusiastic of his invention.

In 1905 he started to dedicate his efforts to his dream, that is the development of a semiautomatic shotgun. His goal was to create a perfect mechanism with elegant aesthetics.

First of all, he used the opening system of double-barrel shotguns for his semiautomatic model. After that, he realized that the position of the cartridge magazine under the barrel was anti-esthetical and unbalanced the gun.

The solution to this was a genial intuition: to locate the tubular charger inside the stock. These were the steps that led in 1925 to the presentation of a working prototype: a semiautomatic shotgun with 8-shell magazine inside the stock, with a unique, innovative design.

In 1936 Rodolfo Cosmi died, leaving his small business to his sons, Marcello (1900) and Americo (1918), who had always shared his great passion. The Cosmi family moved in 1938 from Macerata Feltria to the current location of Torrette di Ancona, where approximately 8,000 shotguns have been manufactured so far, uninterruptedly, except for a short period from 1940 to 1945 during the Second Word War.

The technical and aesthetic perfection of the Cosmi shotguns has been recognized and appreciated by great political leaders and public personalities. Apart from continuous improvements (it must be said that the 1925 prototype is still perfectly working), standard production was integrated in 1990 with titanium models, an innovative material ensuring higher resistance and light weight.

The journey through the history of Cosmi shotguns takes us to the contemporary scenario: in a time when manufacturers use robotic engineering for mass production in a large scale, Cosmi Americo & figlio has managed to maintain the high craftsmanship of its work. A small number of expert workers combining technology and manual skills takes more than 200 hours to manufacture one shotgun, a work of art characterized by unique perfection and elegance. Every Cosmi shotgun offered in the US features a 5+1 capacity.

Cosmi shotguns are the premier luxury semi-automatic shotguns on the market. Each Cosmi shotgun is tailored right to you. From length of pull to cheek weld, every aspect of the shotgun has been designed to the shooter’s specifications. Proper measurements are taken to ensure the shotgun will be the perfect fit for you. The Cosmi gunsmiths then use these measurements to craft a truly one-of-a-kind firearm, designed with that specific shooter in mind. You won’t find this level of detail or customization in any other semi-automatic shotgun on the market. 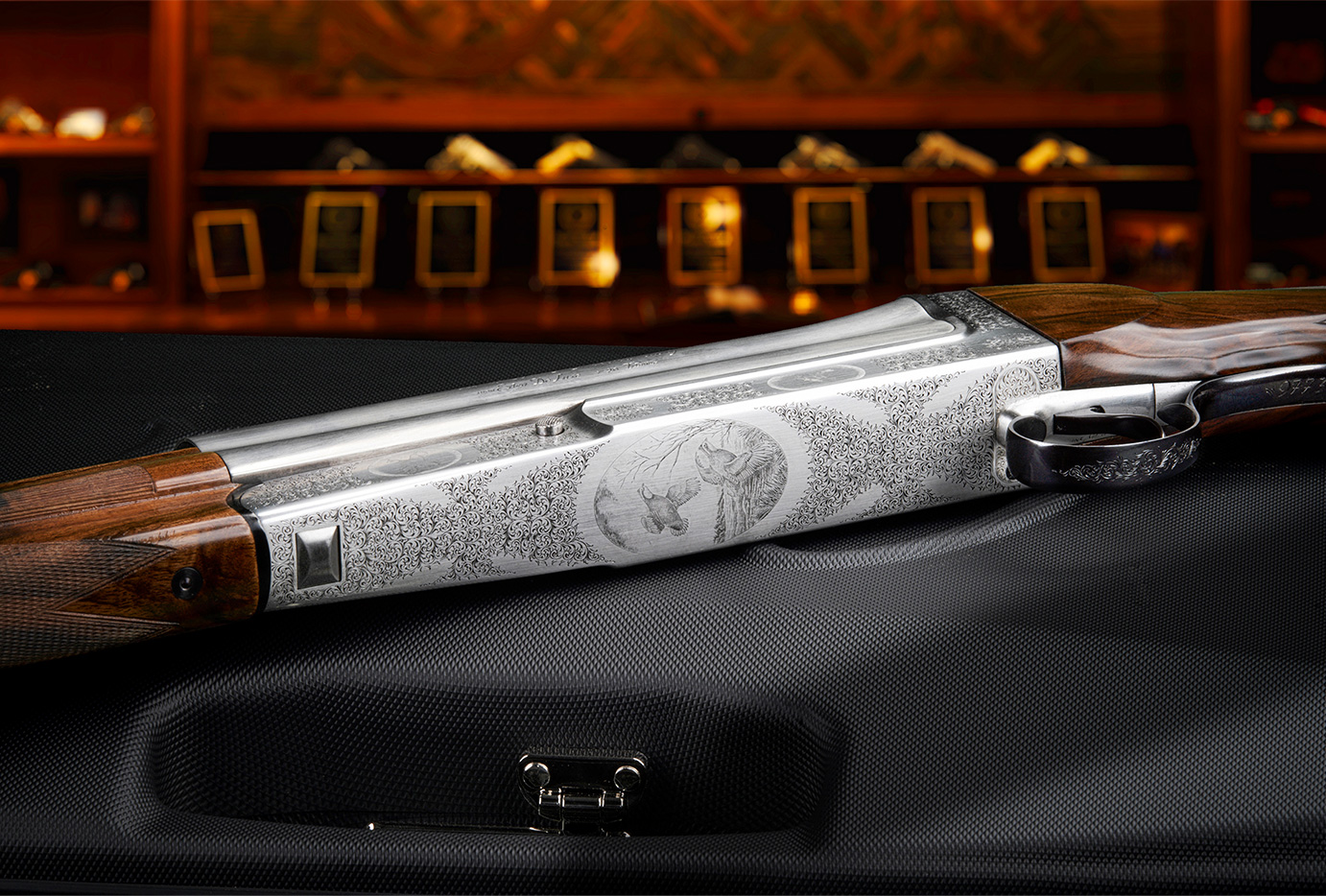 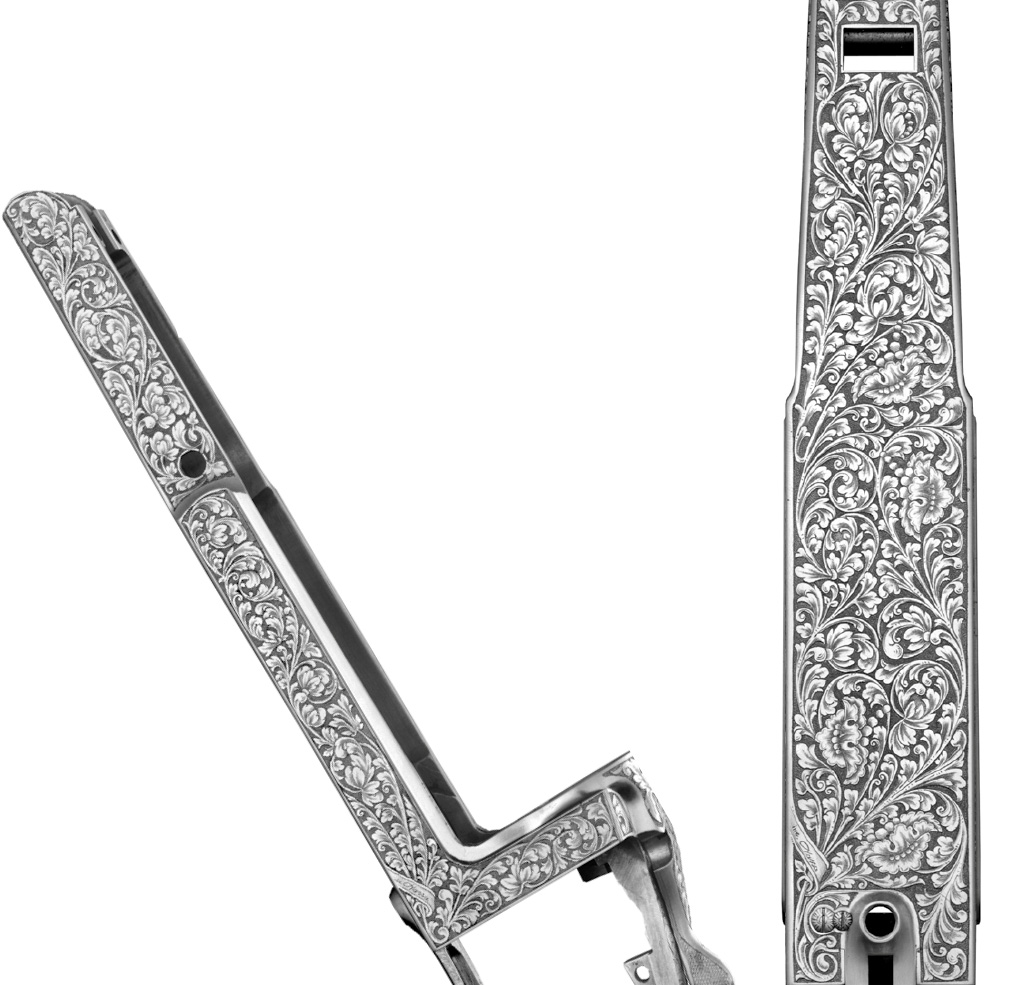 Every single Cosmi is unique, you will hardly ever find one exactly the same. This makes them bespoke, and extremely sought after. It would be our honor to be able to custom build one to your needs, so that you will have a shotgun to pass down from generation to generation. We start with 3 models, the Classic (Steel), Titanium, and Superleggerro. All of the Cosmi internals are the same, just as our pistols are- you can start with the model and customize it cosmetically to fit your needs and wants. Below you can check out the hand engravings and inlay offered, the different woods and what you can do to create your one-of-a-kind masterpiece.